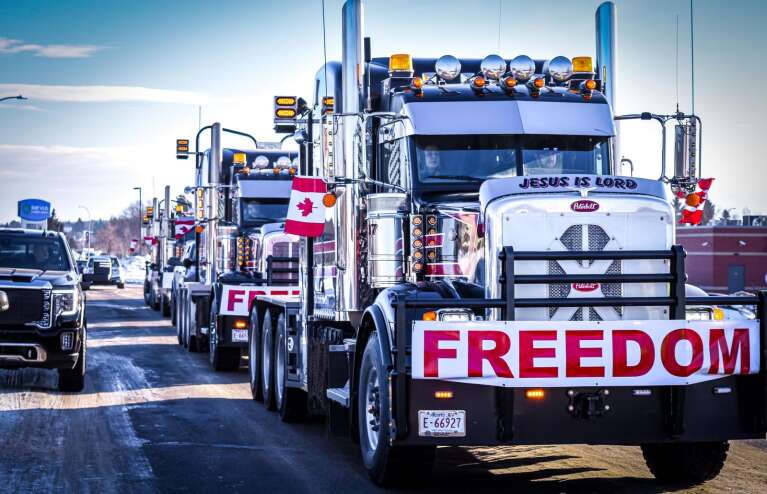 The Freedom Convoy was started because a bunch of truckers wanted to protest vaccine mandates the Canadian Government had imposed cross-border drivers. In essence, if a driver didn’t have the vaccine they couldn’t make a living as a cross-border driver. When the government handed down this mandate, a number of people started fund-raising efforts in order to raise money for fuel and the like so they could go to Ottawa and protest the government’s actions.

One fundraising effort was looking to raise ~$20K – what happened was they achieved a critical mass of public attention and wound up raising millions of dollars of funds.

In the time since then a large number of truckers have arrived in Ottawa and turned the streets around the Parliament building into a series of themed block parties. As protests go it is one of the most non-violent efforts in memory.

LCC Chaplin Haraold Ristau has been at the protest and in this interview relates his thoughts on the protest. A couple of points that Chaplin Ristau made that I feel important is the lack of noise from the Lutheran community over the ongoing and egregious abuse of government power, and the silence of his fellow LCC pastors who should be standing against what the state is doing.

As someone that’s long documented the lack of attention from the LCC members over the equally egregious offence against the church, this doesn’t surprise me. But that’s an issue for another time.

I hope you find the interview as informative as I did. Enjoy!