Something to remember about Martin Luther and his 95 thesis is that his intention was to start an academic debate. Instead, God used his thesis  to turn an entire corrupt organization on its head and free untold millions from the error of the Catholic church’s teachings.

From History.com: Committed to the idea that salvation could be reached through faith and by divine grace only, Luther vigorously objected to the corrupt practice of selling indulgences. Acting on this belief, he wrote the “Disputation on the Power and Efficacy of Indulgences,” also known as “The 95 Theses,” a list of questions and propositions for debate. Popular legend has it that on October 31, 1517 Luther defiantly nailed a copy of his 95 Theses to the door of the Wittenberg Castle church. The reality was probably not so dramatic; Luther more likely hung the document on the door of the church matter-of-factly to announce the ensuing academic discussion around it that he was organizing. 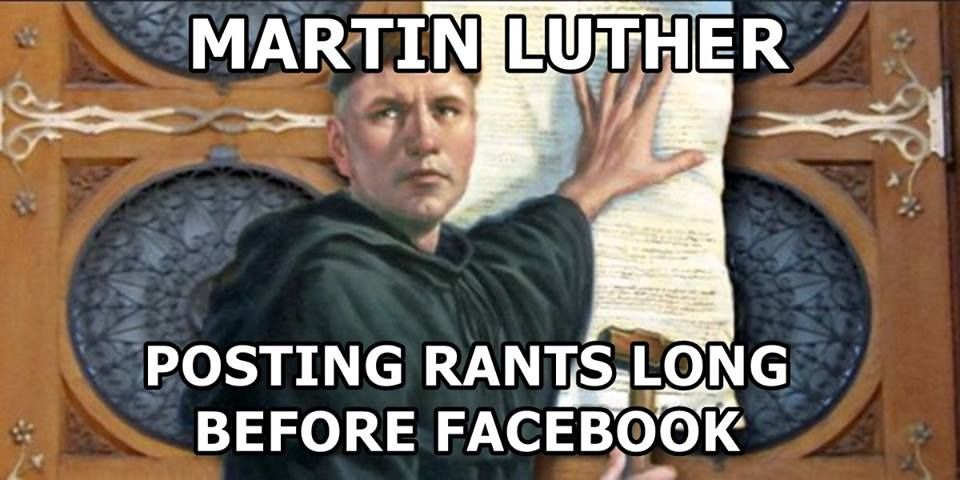 The 95 Theses, which would later become the foundation of the Protestant Reformation, were written in a remarkably humble and academic tone, questioning rather than accusing. The overall thrust of the document was nonetheless quite provocative. The first two of the theses contained Luther’s central idea, that God intended believers to seek repentance and that faith alone, and not deeds, would lead to salvation. The other 93 theses, a number of them directly criticizing the practice of indulgences, supported these first two. 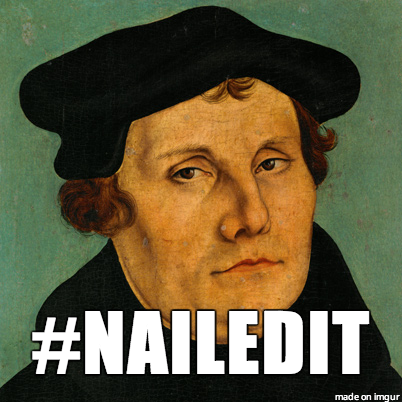