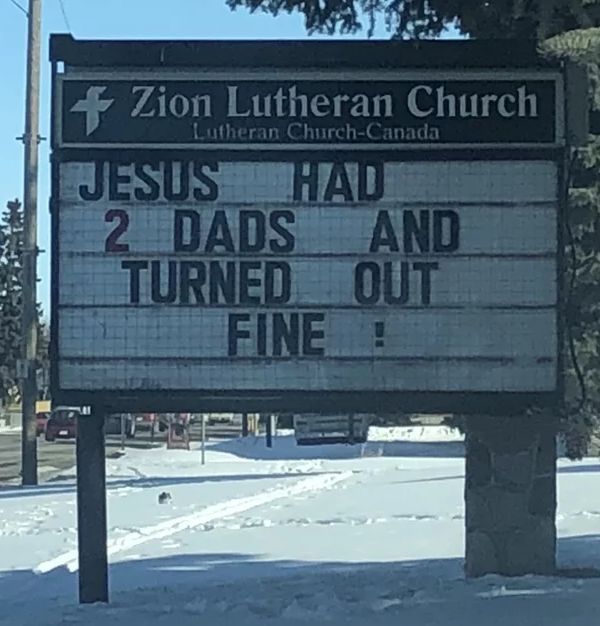 In an earlier set of articles (first, second) I wrote about how a poor choice of wording can lead to challenges in clearly communicating a message. In this article I’m going to discuss another incident – this time involving Jesus’s paternal parentage.

To set the table – we know from Scripture that Christ was begotten of a virgin by the power of the Most High:

And the angel answered her, “The Holy Spirit will come upon you, and the power of the Most High will overshadow you; therefore the child to be born will be called holy—the Son of God. Like 1:35

At the time this happened Mary was betrothed to Joseph. When Joseph found out Mary was pregnant he made the logical conclusion that she’d been messing around on him and had gotten pregnant as a result. The angel of the Lord set him straight:

Now the birth of Jesus Christ took place in this way. When his mother Mary had been betrothed to Joseph, before they came together she was found to be with child from the Holy Spirit. And her husband Joseph, being a just man and unwilling to put her to shame, resolved to divorce her quietly. But as he considered these things, behold, an angel of the Lord appeared to him in a dream, saying, “Joseph, son of David, do not fear to take Mary as your wife, for that which is conceived in her is from the Holy Spirit. She will bear a son, and you shall call his name Jesus, for he will save his people from their sins.” Matthew 1:18-21

As a result of all this, when Jesus came into the world everyone but His parents presumed Him to be the son of Mary and Joseph, conceived in the usual way and brought into this world in the way all children arrive. In reality Joseph was effectively Jesus’s step-father because he was not Christ’s biological father. This led people to draw the incorrect conclusion during Christ’s ministry that He was the son of Joseph:

They said, “Is not this Jesus, the son of Joseph, whose father and mother we know?”  John 6:42

Given all this, we can see how one can say that Christ had two “fathers” – His Father that conceived Him by the power of the Holy Spirit, and His earthly step-father that raised Him as his own.

Now that the table has been set we can get to the meat of this article – namely the usage of the phrase “Jesus had two Dads.” A google search returns a number of references with two competing interpretations.

The first, seemingly innocuous interpretation agrees with what Scripture says – that Jesus had a biological father and an earthly step-father. This is similar to the situation for children of divorce or death where the mother re-marries. In some cases signs like this have been posted with the intention to support and encourage children with step-parents – that the challenges of having to navigate three adult parental authority figures in their lives is not insurmountable and there is hope for them to turn out well.

What makes this point of view “seemingly innocuous” is that Christ is both true God and true Man. He was born in perfection, lived a perfect life, and died without sin. He also had perfect communion with His heavenly Father and perfectly obeyed His Father’s will no matter what. As such He “turned out fine” from before the foundation of the world.  No human child can or ever will duplicate that which means this analogy doesn’t apply.

The other, less innocuous interpretation aligns with the gay-rights agenda where “two dads” denotes a male same-sex relationship. Some churches hold to this as being true while, on paper, LCC does not. Any faithful church would, as Scripture teaches, have all couples be confined to a one man and one woman in a marital relationship and all others repent of their sin and be restored to a right relationship with their creator.

The question on the table is – what exactly was the message Zion Lutheran, Wetaskiwin trying to communicate when they put up this sign?

The bottom line is that statements like this do not accurately convey Scriptural truths. For churches that wish to faithfully follow and proclaim Scriptural truths in such matters while encouraging the walk of children with step-parents – a different wording is required.