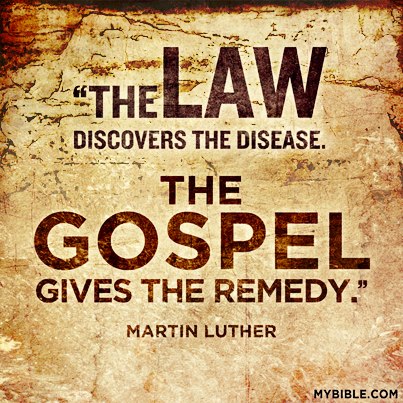 At its most fundamental level the Larry Nassar, USA Gymnastics, and Michigan State University sex abuse scandal is about trust betrayed. It’s how both six year old girls and Olympic competitors went to Larry for treatment only to have their personal integrity violated while the officials that should’ve protected these women failed to do their duty.

It’s how  USA Gymnastics and Michigan State University turned a blind eye and not only refused to investigate these reports of abuse, they required some of these young women to continue to submit to Larry’s “treatments”- even at the Olympics.

This travesty continued for years until Rachael Denhollander and the Indy Star pulled back the curtain and shined a bright light into a darkness USA Gymnastics and MSU refused to acknowledge. Once that happened, Larry’s days as a man free to abuse his female patients were numbered.  Since Rachael’s initial report over one hundred women have come forward with similar stories of Larry’s “treatment”, with some survivors reporting ongoing suffering years after they’d left the sport and stopped seeing Larry.

At the end of Larry’s trial the court heard victim impact statements for nearly seven days, and as the testimony drew to a close the last survivor to speak was the first one to publicly raise the issue – Rachael Denhollander. In her speech Rachael held nothing back – repeatedly asking the question “What is a little girl worth?” she talked about what Larry did, how he enjoyed humiliating and degrading the little girls and young women in his care, how school and sports authorities failed to take action after repeated reports about Larry’s conduct, how these same people actively buried these reports, and how at the time of her testimony they were still stone-walling Larry’s victims.

Rachael’s testimony should be required listening for anyone that wants an inkling of understanding about what happens to people that’ve been abused. Rachael talked about the effect this had on her later in life and what it was like to go public with her experience in order to see justice done and to stop Larry from abusing others.

The following video is Rachael’s testimony in full. A word of caution – the first 25 minutes of her testimony details horrific behavior by Larry and the authority figures around him. This content is explicit and not for the faint of heart. If you feel listening to Rachel’s testimony might be too much and you’d rather read her testimony, the full transcript is here. You can also skip the video and the transcript and continue reading this article.

At the 26 minute point of her testimony Rachael directly addressed Larry with a profound example of the doctrine of Law and Gospel. What Larry has done is evil and Rachael calls it as much. She doesn’t minimize his actions nor does she give him cheap grace by saying “but that’s ok”.  She details what he did in no uncertain terms before holding out the hope that one day Larry will fully realize what he’s done in all its depravity, repent of his actions, and come under the mercy of a savior that can redeem even a man like him.

“In our early hearings. you brought your Bible into the courtroom and you have spoken of praying for forgiveness. And so it is on that basis that I appeal to you. If you have read the Bible you carry, you know the definition of sacrificial love portrayed is of God himself loving so sacrificially that he gave up everything to pay a penalty for the sin he did not commit. By his grace, I, too, choose to love this way.

The Bible you carry says it is better for a stone to be thrown around your neck and you throw into a lake than for you to make even one child stumble. And you have damaged hundreds.

The Bible you speak of carries a final judgment where all of God’s wrath and eternal terror is poured out on men like you. Should you ever reach the point of truly facing what you have done, the guilt will be crushing. And that is what makes the gospel of Christ so sweet. Because it extends grace and hope and mercy where none should be found. And it will be there for you.

Here’s Rachael during this portion of her testimony:

In a follow-up interview with Christianity Today Rachael discussed how, when churches and faith-based organizations reported on her extension of forgiveness to Larry,  they  completely glossed over the equally important application of justice. (Bold content is the original questions and I’ve underlined certain content for emphasis.)

Given your concerns that Christians can use God’s call to forgive as a weapon against survivors, did you feel at all apprehensive telling Nassar that you forgive him?

I did to an extent, because forgiveness can really be misapplied. Taken within the context of my statement, with the call for justice and with what I have done to couple forgiveness and justice, it should not be misunderstood. But I have found it very interesting, to be honest, that every single Christian publication or speaker that has mentioned my statement has only ever focused on the aspect of forgiveness. Very few, if any of them, have recognized what else came with that statement, which was a swift and intentional pursuit of God’s justice. Both of those are biblical concepts. Both of those represent Christ. We do not do well when we focus on only one of them.

I’ve seen this in both the LCC and the LCMS – forcing a “reconciliation” between the offender and the offended without disciplinary action, restitution, passing judgment for an egregious offence, taking no public action in circumstances that clearly demanded it, putting an issue “out of sight, out of mind” with almost no public effort to see justice done, evil punished and corrected, and good protected and defended.

Rachael comments on this phenomenon earlier in the Christianity Today article:

Why are we capable of seeing evil in other communities but not our own?

One of the dynamics that you see in a Christian church that is particularly devastating is poor theology. The reason that most institutional cover-ups happen in the church is not simple institutional protectionism. … You have that dynamic with evangelical churches where you have the reputation on the line and the perceived reputation of the gospel of Christ. But often, if not always, people are motivated by poor theology and a poor understanding of grace and repentance and that causes them to handle sexual assault in a way where that a lot of predators go unchecked, often for decades. When you see a theological commitment to handling sexual assault inappropriately, you have the least hope of ever changing it.

Put another way – evil actions demand a disciplinary response. The perpetrator can be forgiven but there must be consequences for the action – both for the good of the offender and to protect the rest of the membership. Abusing the gospel of Christ under the facade of forgiveness in order to justify or excuse illicit acts is wicked.

The forgiveness of the Gospel has no power without the condemnation of the Law. When the Law is abandoned in a misguided attempt to proclaim the Gospel and the forgiveness of sins, all that serves is to dispense cheap grace and perpetuate lawless behavior.

Note: Justice eventually caught up with Larry Nassar and after nearly thirty years of abusing his patients under the guise of medical treatment, he was sentenced to 175 years in prison.

A full timeline of Larry’s actions and the system that failed to protect their charges can be read here.