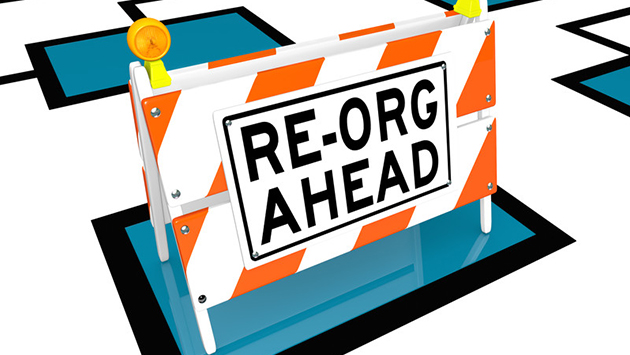 The Synodical President – leaving for …the parish.

The 1st VP – who could’ve had the Synodical President’ office if he’d let his name stand – is stepping out from Synod completely.

The Communications Director – ending his engagement with LCC and leaving the office vacant without a replacement to take his place.

The restructuring process – up in the air. Synod used a “deeper magic” to pass restructuring and may not have the support of the membership. What happens if the three Districts refuse to co-operate, or the Constitutional amendments fail to pass is anyone’s guess. Does Synod need the membership for it’s funding and support more than the membership needs Synod?

With the ABC CEF CCAA protection being lifted, the Representative Action is about to start moving through the courts and who knows what the discovery process will uncover when people have to testify under oath without cover of the usual bureaucratic tactics, delays, and obfuscations.

With all the departures and Synod in such an uncertain state – one would think all is doom and gloom in the LCC these days.

I think this represents an epic opportunity for LCC.

You may ask – how can you say such a thing ANO?

With the “old guard” vacating the premises, a “new guard” transitioning in, a new structure being implemented, and the progression of the Representative Action – this is the perfect time to do a top-to-bottom review of everything that’s been going on within LCC, flush out all the “gunk” the previous administration let accumulate, and clean house.

When the current administration repeatedly played the “nobody told me” line, they were broadcasting their administrative style. It was not one of keeping tabs on what’s going on in the various parts of synod, not one of sniffing around when there was suspicious behavior and correcting it, not one of making sure all the parts were working together like a well-oiled machine, but one of leaving things to run on ‘autopilot’ as it were and only dealing with issues when someone brought them up – if even then.

Like kids that get quiet for an extended period of time, people that are “up to something” don’t broadcast their intentions – they work behind the scenes, keep quiet, and try to suppress communication of any knowledge of what they’re up to.  Given that LCC is a corporate body run by sinful human beings and has been under the stewardship of a leader that only dealt with issues when he absolutely had to – if even then – I think it’s a virtual certainty that a fair amount of “stuff” has accumulated within the LCC corporate machine that’ll need to be tended to, fixed, or outright removed.

I expect we’ll also need a fair amount of sackcloth, ashes, and repentance for the sins we’ve collectively either committed or allowed to be committed against the Most High God.

This will take a fair bit of intestinal fortitude as there are still vestiges of institutional inertia remaining within the Synodical structure – dealing with them will take diplomacy, tact, strong backup from the rank and file, and raw political instincts to overcome. That and a fair bit of that “pastor stuff” from the incoming “chief pastor” of Synod.

Think of a contemporary version of Nehemiah’s situation and you’ll have a good context for what I’m talking about.

My the Lord give us strength, courage, and faith to withstand what is to come.