After the delegates at the 2017 Convention started to realize what had happened when the Statutory Bylaws were passed, the question was asked “now what?” As one delegate asked “What do we tell the people we report to? ‘Too bad, so sad’?”

The answer was the changes were now the “law of the land” and changing them would wait until the next convention – or – a special convention could be held at a cost of $400K. What I saw was akin to having  a particular understanding about how a transaction was supposed to go, signing the bill of sale, and then suddenly finding out the fine print dramatically changed the nature of the contract. 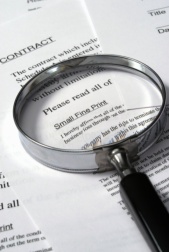 However – contrary to what was stated at the 2017 convention, I think it’s possible to follow the new rules and legally change Synod’s direction without having to spend anywhere near $400K to do it.

The process isn’t that difficult – though I’ll state up front that the Synodical community will need a lot of trust to pull this off.

To start with – here’s all the details from the New and Improved Statutory Bylaws:

1. Who can call a special convention:

2. Who can attend a special convention:

9.13 Those eligible to attend and vote at a Special Convention shall be those delegates in office at the time of the preceding Convention except those delegates who have been disqualified by termination of membership in the Member Congregation which they represent. Vacancy in the position of a delegate shall be filled by the Member Congregation which appointed the delegate whose position became vacant.

3. What is the required notice for a special convention:

4. How many people are required at the convention in order to get to quorum:

9.07 A quorum for a Convention shall consist of at least 25% of the eligible delegates.

Going from memory there was roughly 97 voting delegates at the convention – to keep the math simple I’ll use 100 people.

That means to call and run a special convention, Synod needs:

Let’s suppose the agenda was to adopt the substitute motion that was considered and declined at the 2017 convention. An on-line forum or related mechanism could be used to deal with any up-front debate, concerns, etc. about the motion, and get the “attending delegates” on board with what their duties are.

The full agenda of a special convention could then be to

If such a convention was held within reasonable driving distance of 25 delegates, the whole affair could be over and done with inside of an afternoon.

Since the meeting wouldn’t need all the infrastructure that goes with a full convention, most of the cost would be travel / to from the venue, some overnight accommodations, a Livestream fee to broadcast and record who did what for accountability’s sake, and maybe a meeting room rental.

My guesstimate on the cost of such a meeting would be around $10K – $20K depending on how people got to the meeting.

The big “if” in this whole process isn’t organizing or paying for the convention – it’s that a Synodical convention has all the rights and powers that go with such a gathering. As such, the delegates could move and adopt a policy resolution that wouldn’t pass muster at a full convention. Such an action would bind Synod until the next convention where it could be undone.

With such a small group of people representing all of Synod, the Synodical community would have to trust that the attending delegates would do what they had been tasked to do – nothing more, nothing less, nothing else.

7 thoughts on “A Cost-Effective Special Convention”